How Leaders Can Boost Representation of Women in Technology 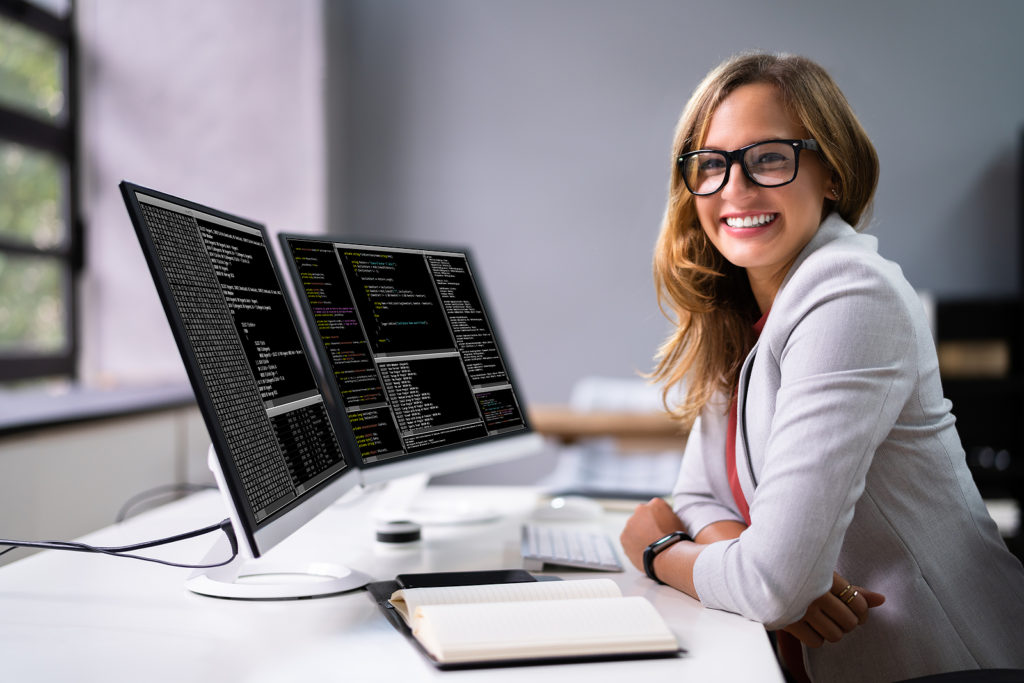 The first woman and person of color, Arati Prabhakar, has been nominated to Director of the White House Office of Science and Technology Policy. It is a historic and triumphant nomination, giving women in the technology field another role model and example of female representation in the space. It is a much needed announcement, considering that a shocking one in five women in technology are considering leaving their jobs, according to research from WeAreTechWomen. Their reasons for quitting vary from a lack of advancement opportunity and training resources to a shortage of female role models and mentors—as well as the ever-present pay gap that persists across industries.

A McKinsey study digs deeper, revealing that women in every field feel more burned out than ever and, simultaneously, are struggling to gain more equal representation at the management level. McKinsey also points out that women have been disproportionately impacted by the pandemic.

Many women have ambitions in the technology field, but struggle with the burden of learning to thrive in a heavily male-dominated field. Though representation of women in technology is growing, it is still limited.

What Does the Data Say?

Women have made significant gains in the STEM field as a whole—from 8% female representation in 1970 to 27% in 2019. However, of those STEM roles, women are most highly represented in social science, mathematics, and life and physical science. They are still severely underrepresented in computer-specific occupations, and, shockingly, the number of women in technology actually decreased between 1990 and 2019. An NPR report hypothesizes that this decrease was a result of the introduction of the personal computer in the late 1980s—and the fact that this new technology was initially only marketed toward men and boys. This meant many women were immediately behind in their technical fluency discouraging them from pursuing careers in IT. The reasoning behind the jump in representation since 2019 is equally hard to pin down, but, as Deloitte mentions, was likely helped by state-led diversity legislation as well as an overall push for gender diversity at a corporate level in recent years.

Census Bureau data also reports that there is a persistent wage gap between men and women. The only job in which women out-earn men is as a computer network architect—but only 8% of these roles are actually women. This wage gap has been exacerbated by the pandemic, with women across industries seeing an 8.1% wage loss compared to 5.4% for men.

Furthermore, although Deloitte reports a 20% increase in women leadership in the global tech workforce, McKinsey argues there is a “broken rung” responsible for the discouraging representation at higher levels of the corporate ladder. The broken rung theory comes from the fact that for every 100 men who are promoted to managers, only 86 women are promoted. These numbers worsen for women of color. Despite all the positive progress, representation at the higher levels of management is improving far too slowly.

Why is this under-representation so pervasive in the technology space? Since the field is traditionally male-dominated, it can be an up-hill struggle to turn it around. In particular, studies have shown that women speak up 75% less when they are outnumbered by men in a group setting. An MIT report exploring gender biases observes that the prevailing stereotype of outspoken male leaders is one reason why women—particularly those who are not as outspoken—struggle to get promoted into leadership positions. An HBR article also points to stereotypes like these as a reason for a lack of female role models in male-dominated fields, which adds up to create a vicious cycle that is hard to break.

Finally, it is critical to point out the high turnover rate of women in technology. An Accenture report states that an astonishing 50% of women who begin their careers in technology leave the field by the age of 35—that is compared to 20% in other fields. The report suggests that a lack of inclusivity compounded by the likelihood of sexual harassment and discrimination is the underlying cause of this retention problem.

The pandemic heightened this gender bias. One study from New View Strategies found that 52% of women were reporting an increased workload since the pandemic began, and more than one in four women were feeling less optimistic about their career path in the technology industry. Furthermore, according to a Qualtrics survey, women from all industries are more likely to say the pandemic has been detrimental to their career and their productivity than men. This appears particularly true for working mothers; Pew Research reports that 54% of working moms say they could not focus 100% of their time on work, compared to 43% of dads. This struggle to commit their time is a direct result, the Pew report states, of the imbalance of parental and household responsibilities between women and men. McKinsey also reports significantly higher levels of chronic stress and burnout among women.

Ultimately, while there is positive data showing an uptick in female representation in technical roles, the fact is that there are several barriers preventing this trajectory from increasing at a more encouraging rate.

What Can Companies Do?

Organizations must seek to understand what inclusion really looks like and what tangible steps a company can take to support its employees. A global Bain study reveals that the most effective strategy is offering growth opportunities and providing transparent feedback. Ultimately, employees are looking for a corporate culture that shows caring, listening, and action towards a more inclusive work environment.

Another critical strategy for supporting women in the technology field is mentorship. Mentoring programs are a powerful way to provide direction and inspire confidence for women who are looking to thrive in a male-dominated industry. Even more compelling is the fact that, based on in-depth case studies, women in mentorship programs are retained and promoted at a significantly higher rate than those without mentors—from 15% to 38%. However, only 37% of women report having had a mentor in their careers.

Intuit is one great example of a company that is striving to make the workplace more equitable for women. They see mentorship programs as an important way to empower women, alongside other initiatives like culture change, project ownership, and advocacy. An Intuit employee described their mentorship program as “a key stepping-stone in her career.”

However, even where formal mentorship programs or D&I initiatives are lacking, women are independently stepping up at every opportunity to be a mentor and advocate to their peers and colleagues. According to McKinsey, female leaders spend significantly more time than their male counterparts on D&I and mentorship efforts. Additionally, employees with female managers are more likely to say their manager has supported their emotional wellbeing, made their work more manageable, helped navigate work-life challenges, and taken action toward preventing burnout. Organizations would do well to formalize, support, and empower these efforts within their work environments.

With 52% of women citing the lack of advancement opportunities as a major challenge in the technology industry—and with a deeper understanding of McKinsey’s “broken rung” theory—it is clear that employers must address career pathing for women in technical roles. Organizations that support career development in tangible ways are also more attractive for job seekers; According to a recent Verizon study, 62% of women seeking to re-enter the workforce after the pandemic are more likely to look for employers that can offer skills development and advancement.

Finally, what will it take to hire more women in technology roles in the first place? A Deloitte report is realistic about how difficult it is to diversify the talent pipeline; doing so takes a long-term, aggressive cross-functional effort, likely in partnership with other organizations, such as nonprofits committed to advocacy for women in technology. Outside of these initiatives, organizations must get creative in their hiring techniques. Deloitte spoke with Microsoft, where they have programs to tap into non-traditional talent sources such as veterans or workers with neurodivergent conditions Other companies, such as T-Mobile, have implemented career reentry programs through external partners to retrain non-traditional workers for success in technology.

Ultimately, women are fighting an uphill battle to thrive in the technology industry. Through comprehensive recruitment and retention strategies, leaders must explore ways to achieve a more equal representation in this male-dominated field.

Working closely with a staffing partner that specializes in IT is another strategic option to attract and recruit women into technology roles. At Resource 1, we stay tightly in tune with the technology market and are strong advocates for empowering women in the workplace. Find out more about how we can support your organization in your hiring initiatives today.

The Great Return: Making It Work for Everyone
Emotional Intelligence: The Secret Ingredient to a Thriving Workplace